Chara may have a broken jaw. Would (no pun intended) be a big loss and (pun intended) a tall order for the Bruins to overcome.


Darts said:
Can he still play with a full mask? Or, is that too risky? (I mean his arms and legs still work.)
Click to expand...

I would think that the risk of additional major damage would be too high as even though as tall as Chara is he could still get a shoulder, elbow, stick, or another puck to the same spot.
Even with a full cage the impact could be enough to aggravate the existing injury.
D

northofsixty said:
I would think that the risk of additional major damage would be too high as even though as tall as Chara is he could still get a shoulder, elbow, stick, or another puck to the same spot.
Even with a full cage the impact could be enough to aggravate the existing injury.
Click to expand...

I wouldn't risk him playing against the heavy hitting Blues (but maybe if they were playing the gentle Leafs). Looks like he will sit out game 5.

As much as I like the intensity of a game 7 for the Stanley Cup I hope the Blues win it on Sunday at home.
N

Really wanted to hear "Gloria" one more time!! It will tough to beat the Bruins at home - but Binnington has bounced back with strong games after losing so there is still hope. Blues really need to generate more quality scoring chances and have players like Schwartz and Schenn step up their game.

JFJ was willing to trade one of his young goalies to acquire an experienced goalie. He was going to trade Justin Pogge to the Bruins for Andrew Raycroft. Richard Peddie vetoed the trade, he figured that Pogge was the second coming of Johnny Bower. He made the trade but gave the Bruins Tuukka Rask instead.
R

Congrats STL, your Goalie was AWEsome!

No tears for Marchand.
S

Imagine if Leafs had played Blues in finals. Battle of the longest Stanley Cup droughts at 52 years. There has to be tremendous pressure on Leafs now. Holder of the sole team with the longest drought. Not only have they not won the cup since 67 they haven't even made the finals. That is just embarrassing. Especially after an expansion team in it's first year was able to do what Leafs couldn't in the last 52 years.

Good for Steen and Gunnarsson as well. Blues was no fluke. They were the best team after Jan 1st. They had Billington buried at 4th in the depth chart. Their defense is actually stacked with Pietrangelo, Parayko, and Bowmeester.

Steen was one of my favourites at the time when he was a Leaf and traded. He played at a high level soon after. He's at the tail end of his career now but still a leader with an A on his sweater and a very effective 4th liner.

Blues are known as a banging team so you know Leafs are going to hear about it from a lot of people.
G

The Blues also had talent spread very evenly through the team.
Their 4th line was pulling 17 to 18 minutes per game in the final series. Remarkable.

Never expected to see that for a final score against Boston.
It was critical for the Blues to get the first goal.

Boston was amazing the whole playoffs, especially that lethal PP.

Happy the Blues won though. It was a great Game 7 and series.
Expand signature 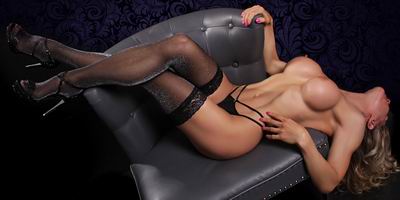 Is Pietrangelo the best defenceman in the league?
N

Great to see the Blues win the Cup - perfect ending to an amazing comeback season and a huge win for the long suffering Blue's fans.

Pietrangelo's goal proved to be the game and Cup winning goal - and while not as spectacular as Orr's flying through the air Cup winning OT goal in 1970 - it was a subtle thing of beauty with his move to the backhand and placing the shot perfectly.

Loved Ryan O'Reilly's F-bomb in his interview with Scott Oake and how apologetic he was - just shows the raw emotion and how much winning the Cup means as players know how hard it is to do.
B

i give the blues credit, 3 wins in boston. great series. see ya next season.
D

The Bruins should get rid of Marchand. He is an embarrassment to the team (and league).

Remember how quickly the Bruins got rid of Tyler Sequin because they didn't approve of his "lifestyle" choices.

Darts said:
The Bruins should get rid of Marchand. He is an embarrassment to the team (and league).

Remember how quickly the Bruins got rid of Tyler Sequin because they didn't approve of his "lifestyle" choices.
Click to expand...

He's just too valuable to their team, and a key element to their chemistry and success.

I hate Marchand with a passion. How he drags his leg to trip guys from behind, drawing a mock "C" on his shirt to goat Justin Williams,
breaking a guys stick by stepping on the blade.. all of which makes Brad who he is.

But short of the licking guys, I'd actually love to see him in Toronto. You hate guys like him, but enjoy when they play for you.

When I started watching the Leafs in the early 90s, my obvious favorites were Gilmour and Clark. Another favorite of mine, was not knowing for his scoring touch, but rather being a pest.
That guy was Bill Berg.

While I hate guys like Claude Lemieux or Marchand for being more on the dirty side, I do like a guy who can get the other team off their game.

If you have 5min, I found an old Bill Berg Interview worth the watch. It talks about his role as a Leaf, relationship with Burns, and how happy he was when Toronto picked him
up off waivers.

Today its all about money. But to see Berg and his girlfriend thrilled about being acquired by the Leafs so that they were close to home, is really nice to hear.
Expand signature

Yeah? But how wrong is it when you do it?
D

If you are an NHL GM, who would you rather have?

Brad Marchand or Tyler Sequin? The Bruins got rid of Sequin because he likes to party.

A sadder and a wiser man

shack said:
Is Pietrangelo the best defenceman in the league?
Click to expand...