Any good action in Warsaw and Krakow Poland ?

Last time in Warsaw I was very disappointed with the action . Really low action in the city center .

Any help would be appreciated .
C

sshotrr said:
Last time in Warsaw I was very disappointed with the action . Really low action in the city center .

Any update on Warsaw? I am heading there later this month and looking for some action.
Expand signature

I'm a western woman. Here is what i've learned, both in my own life and from what my girlfriends tell me.
Women want a man that is worthy of their RESPECT. Period. It doesn't matter to most of us if you drive a fancy car, or if you're 6 feet tall or if you make a gazillion dollars. We want to respect you. As MEN.
Click to expand...

back up and adult and x rated content https://canadaman2019.blogspot.com/

You might want to message @Patron . He seems to have hobbied all over the world and provided the most detailed info to inquiries about options in different cities mostley based on personal experience. Not sure if he has been to Poland but it would not surprise me.
Expand signature 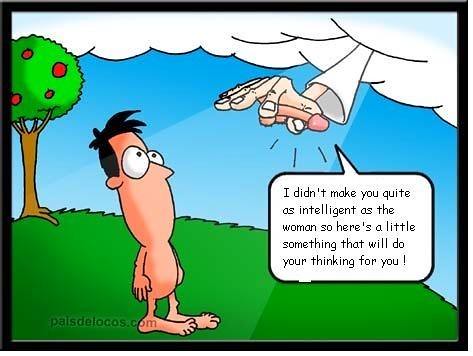 The brain is the most outstanding organ.
It works 24 hrs a day, 365 days a year
Right from birth
Until your first erection!
P

Thanks, downbound123, but I haven’t been to either.

I did review the TER, ISG and U.K. Punting threads, and none are very good.

Which is unfortunate since one of the hottest ladies I ever saw was a Polish lady working in Madrid, and many of the best reviewed escorts in Chicago are Polish.

I did note that on ISG, some traveling guys have luck in Poland with Seeking.

That having been said, much of Eastern Europe is subject to the Pussy Drain, that resembles the Brain Drain that has long been a problem in rural North America. The most ambitious leave for greener pastures and do not return. Even though it is mostly an Eastern European phenomenon, it is true to a lesser extent with Greece. My long retired favorite in Chicago was from Greece who came to the U.S. to study and then for temporary work. I don’t know if she got to stay. She was very popular and was a real life Greek Girl Does Chicago, as the porn video title would say. But she said she would never do sex work in Greece because it would kill her socially conservative parents if they found out.

Poland has those same attributes but is worse than Greece.

1. It is a socially conservative country that doesn’t readily accept sex work.
2. But unlike Greece it has fewer well-heeled international travelers or the local wealthy , so it doesn’t get immigrant sex workers from abroad, especially Russia/Ukraine.

So its hot, ambitious young sex worker ladies go to places like London, Madrid, Chicago, etc. to study, do civilian work, and also sex work in a higher-paying environment. If they return to Poland, they don’t often continue doing sex work.

Seeking can sometimes be a bridge in culturally conservative countries among the talented women who stay there but don’t want to openly do sex work, which is seen as too low-class. Everyone can kid themselves that by using Seeking it is actually a date. The same issue seems to exist in Mexico.

If Seeking isn’t an option, the only review I saw of interest for Warsaw on U.K. Punting (other than a guy who did many reviews of BBWs and GILFs, which made me want to do the Cross hand gesture to the God of Johns like the Polish Catholics do to their God) was this one from a guy who instead likes PSE sessions.

He said there are two ladies at the venue. A brunette answered and he said he wanted the blond from the ad, and that she really performed. Maybe the brunette would have, also. The fact that there were two is sort of a good sign in terms of availability.

Hi, I announced myself on this website, to get some extra money combining it with pleasure ... I am a pretty, shapely blonde with large breasts. If yo...

Tina: the most sexy escort girl who will give you escort service on the highest level.

I think of Tatiana HUSH when I think of a 100% Polish lady. Very beautiful.
S

Caveman said:
Any update on Warsaw? I am heading there later this month and looking for some action.
Click to expand...

This info is from a few years . Can't recall what site I used . But most adds went to one central booking place . There many brothels in any city .

I think it may have been this site .

https://poland.escortface.com/escorts/warsaw?filter=a-level-escort
You must log in or register to reply here.