Poll shows how despised Trump really is across the developed world.

Telling me about what this thread is about and to start another thread about Trudummy??

Last I saw, there is thread DEDICATED to ALL TRUMP RELATED posts by Kathleen. Why is this NOT there?

Secondly, as soon as a lefty sees a positive post about anything non-Trump related from a so called right winger, Trump is always thrown into the thread!

OK, the answer is that you are both slow and obnoxious.
Expand signature
The statements, views and opinions expressed in this column are solely those of the author and do not necessarily represent anybody else.
Reactions: glamphotographer

smallhatchet said:
Most Canadians are against anything Trudummy and Ford are preaching. Govt controlled propaganda Global, CBC, etc are filling your small brains with a different story as to not create hysteria in the weak minded.
Click to expand...

You sit in Mama's basement and buy all those alt right online conspiracy theories, thanks to QAnon, The Rebel, Breitbart, etc. As usual no facts from you just allegations, after allegations, plus slander!!
Expand signature
Reactions: glamphotographer
F

mandrill said:
They polled TERB instead of the Canadian public as a whole. And Boober voted in the poll 175 times.
Click to expand...

He did, but he voted as boober each time so it only counted once.
Expand signature
Steve Bannon: If you tell a lie big enough and keep repeating it, people will eventually come to believe it.
R

How many people in the developed world outside of the USA get to vote?

"I hope you know that nobody likes you"

"Blow Me"
Expand signature
“They who can give up essential liberty to obtain a little temporary safety deserve neither liberty nor safety.”

Let's give T Rump another 4 years and let's see what those numbers will look like.
Expand signature

jalimon said:
I am sure you see the same number in Ontario and in Quebec where Ford and Legault would get reelected by high margins. People recognize how well they handle the pandemic so far. They cared and listened their top health adviser. Not that hard when you think about it.
Click to expand...

I agree into about a month ago. 3 months ago Ford should have solved the school issue with a workable plan that was funded. Schools should have been retrofitted for anti-virus air flow etc.
But it was still chaos with lots on his plate. So that was just a miss at bat.
But a host of mistakes and lack of future preparation are dooming us to an overlong pandemic. Close the airports until everyone can be tested. Restrict the border. If the Feds don't do it, have Health officials mandate it (provincial responsibility,)
-Prison like quarantine none of this do it on your own.
-Testing stations like Korea had 6 months ago, set up at McDonald and other drive ins. So you don't have to get Covid to be tested (the current way we are doing it now)
There a lot more, but you could easily get to New found land zero Covid cases by this time (not saying it not more of a challenge, few want to go to Newfoundland vs Ontario. ) but the economy and Covid are connected. A few strict measures and empathic medical response (forced quarantine in a nice, hotel like quarantine center -which if finally happening) could have basically ended Covid and the 2nd wave.
Testing testing and more testing, plus quarantine.

But right now, ya Ford very popular. He did a great job for most of the pandemic. If he gets on track he could even get the PM ship that he wants after the new guy flops.
Would Ford win today. Yes, but soon his mistakes will destroy him. Trudeau not so much, as most parties are against Cerb and when its removed they will get the blow back not Trudeau. That being said, it is obvious Trudeau planning to leave office - as there will be blowback eventually. 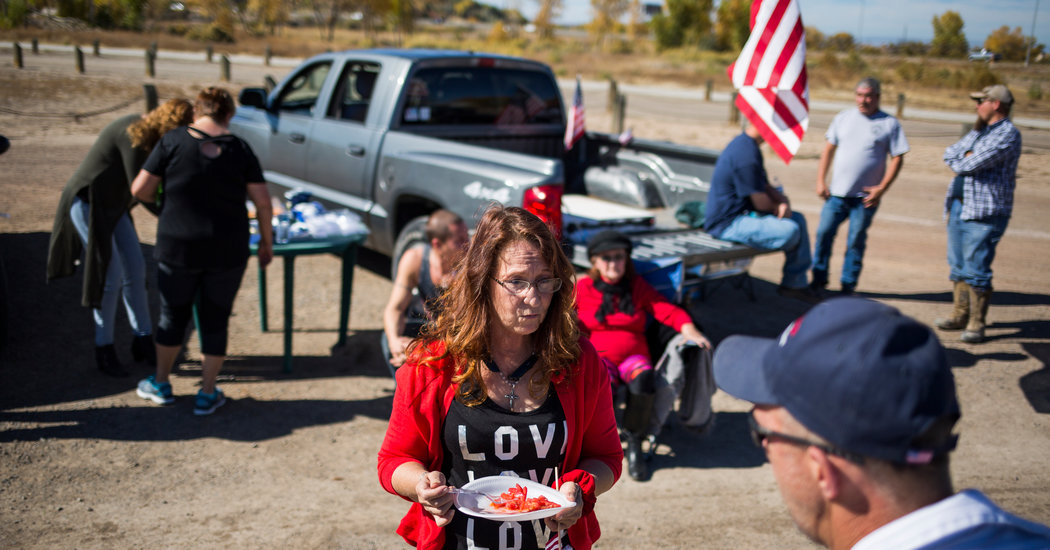 The racism, sexism and xenophobia used by Donald Trump to advance his candidacy does not reveal an inherent malice in a m...

www.nytimes.com
Expand signature
Our mental and emotional health balance is clearly influenced by sex. Abstinence is known to cause from anxiety to paranoia and depression... In fact, in case of light depressions, after having sex the brain releases endorphins, that decrease stress, inducing a state of euphoria.
Reactions: jalimon
S

Boober69 said:
"following suit"...Trudeau has been declining...scandals haven't helped. If the Liberals would replace him tomorrow nothing would really change. They've milked him for his name and heritage long enough.
Funny part is people who don't want to vote Conservative are held hostage having to vote Liberal and just accept he's the idiot leader. Don't fool yourself thinking people would vote for Trudeau.
Click to expand...

Maybe you will rejoin the conversation at some point.
Expand signature
Darts: "Wouldn't bother me one bit if they cancel the NBA. Too few players look like me. "
B

shack said:
Maybe you will rejoin the conversation at some point.
Click to expand...

If I'm not mistaken, that can be interpreted as begging.
Reactions: Dutch Oven
S

Boober69 said:
If I'm not mistaken, that can be interpreted as begging.
Click to expand...

You are consistently mistaken.

There is somebody disproving every single one of your posts.
Expand signature
Darts: "Wouldn't bother me one bit if they cancel the NBA. Too few players look like me. "
Reactions: Frankfooter

shack said:
You are consistently mistaken.

There is somebody disproving every single one of your posts.
Click to expand...

Disagreeing and posting unpersuasive rebuttals is not the same as disproving.
Reactions: Boober69
B

shack said:
You are consistently mistaken.

There is somebody disproving every single one of your posts.
Click to expand...

That's because the leftist wing nuts lose their shit when someone dares to post an opinion that is different than their own.

If you think I'm mistaken about that opinion then you just proved my point.
F

Boober69 said:
That's because the leftist wing nuts lose their shit when someone dares to post an opinion that is different than their own.

If you think I'm mistaken about that opinion then you just proved my point.
Click to expand...

You are entitled to your own opinions, but not your own facts.
Expand signature
Steve Bannon: If you tell a lie big enough and keep repeating it, people will eventually come to believe it.
You must log in or register to reply here.
Previous Thread Next Thread
Share:
Twitter Reddit WhatsApp Email Link