Or should we call them Houston Assholes.

Hopefully with my face in a pussy

They've been caught. My question is; how many others may be doing it?

Cheating is like the old statement about pornography by Justice Potter Stewart: "I know it when I see it." If you're a base runner on second and you're not trying to steal signs, you're not doing your job. But if you're setting up cameras, finding signs with them, and relaying them to the batter by some means (banging garbage cans, concealed buzzers under uniforms), that goes against the spirit of sportsmanship.
Expand signature 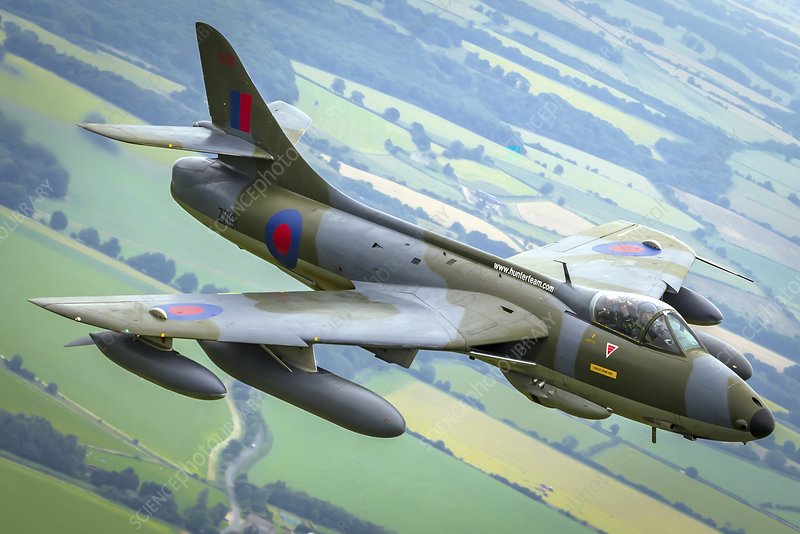 I see a lot of good ole chin music.

That and a lot of jeers from fans.
Expand signature

The Portuguese Lothario is right, Rob Manfred to allow immunity makes him look like a Ron McLean. The Asstros start the season in Anaheim and Oakland.

Hopefully a member of the Asstros will do a commercial for Frank D'Angelo's Cheetah energy drink. What their 2017 WS Championship is reduced to.

Everybody who participated should be suspended for at least a year and their WS win should be stricken.

Baseball has been losing ground to football and basketball for years. The last thing you want is the integrity of the game to be questioned.
Expand signature 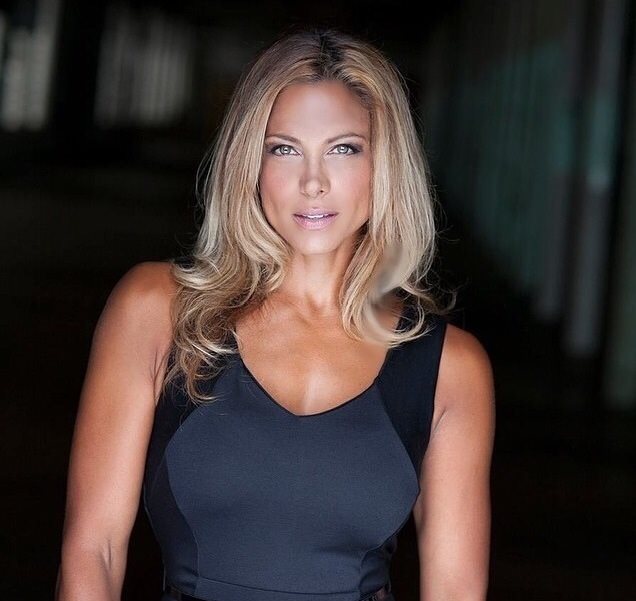 As George brought up regarding the multiple Leafs threads, keeping a certain topic in one thread is much more efficient.

It's never too early for me to be nitpicking.:whoo:
Expand signature
Darts: "Wouldn't bother me one bit if they cancel the NBA. Too few players look like me. "
C

Into Ties and Tail

If opposing pitchers engage in throwing at the Houston batters, they are essentially throwing at their own team’s batters. The Houston pitchers will be obliged by code to retaliate. And they will. So how is this going to work?
Expand signature
"Last night you were, unhinged. You were like some desperate, howling demon. You frightened me. ..Do it again"...... Morticia Adams​ 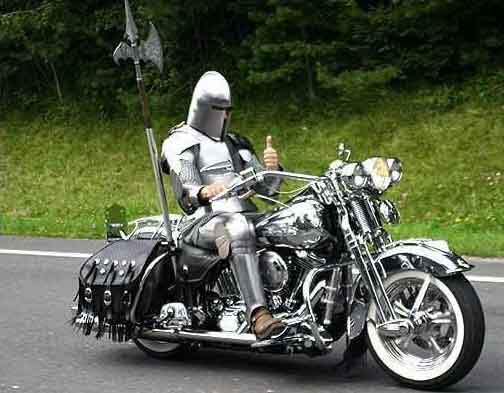 Celticman said:
If opposing pitchers engage in throwing at the Houston batters, they are essentially throwing at their own team’s batters. The Houston pitchers will be obliged by code to retaliate. And they will. So how is this going to work?
Click to expand...

Maybe under the circumstance each MLB team gets to throw once at each Astro on the '17 team without reprisal. Sounds fair to me.

Or take away the WS instead.
Expand signature
Darts: "Wouldn't bother me one bit if they cancel the NBA. Too few players look like me. "

As George brought up regarding the multiple Leafs threads, keeping a certain topic in one thread is much more efficient.

It's never too early for me to be nitpicking.:whoo:
Click to expand...

But let's talk about how the Astros 2020 season is going in this thread.
Expand signature

glamphotographer said:
But let's talk about how the Astros 2020 season is going in this thread.
Click to expand...

Tough to say. There's always the possible scenario where the whole world is against them and it ends out bringing them together as a group.
Expand signature
Darts: "Wouldn't bother me one bit if they cancel the NBA. Too few players look like me. "

I sense more bat flips after a HR off an Astros pitcher.
Expand signature

Carlos Beltran's managerial career has been nixed before it even started. There's going to be many black and blue butt cheeks in Houston.

The Los Angeles Angels' three-time AL MVP ripped the Astros and questioned the discipline handed out by Major League Baseball on Monday after he reported to spring training. Trout joined the chorus of prominent big leaguers angry about Houston's rampant sign stealing on its way to the 2017 World Series title and beyond.

“It’s sad for baseball,” he said. "It’s tough. They cheated. I don’t agree with the punishments, the players not getting anything. It was a player-driven thing. It sucks, too, because guys' careers have been affected. A lot of people lost jobs. It was tough.

“Me going up to the plate knowing what was coming? It would be fun up there. A lot of guys lost respect for some of the guys.”

Trout said a few members of the Astros reached out to him during the off-season to explain their side, but Trout didn't sound impressed.

“You don’t know what helped them or what not,” he said. “But if you know what’s coming, it’s going to definitely help them. I don’t know if you take the trophy away or take the rings away, but they should definitely do something.”

Trout doesn't remember hearing the Astros banging on trash cans at Minute Maid Park during his nine big league seasons, all with the Angels in the AL West.

"I noticed the banging off the bat from centre field," Trout said. “It just feels like they weren't missing pitches. It’s frustrating, because you have guys coming in here battling every day and working on stuff. ... I can’t imagine what the pitchers feel like. It’s a mental game. You go in a stretch where you’re doing good, and you go into Houston and get banged up, it could mentally drain you.”

Trout didn't make a suggestion for what the Astros players' punishment should have been, but the scandal obviously touched a nerve in the Halos' brilliant centre fielder, who has spent his entire career trying to outhit the Astros.

“Obviously the GM got fired and Hinch got fired," Trout said of punishments for Jeff Luhnow and manager AJ Hinch. "But the players getting nothing, that’s definitely not right, for sure.”

“I think everybody wants it to be a clean, level playing field,” Trout added. "I didn’t know it wasn’t until this stuff came out, and then you realize when we played at them at (Houston) or whatever, they were hitting a lot of balls. They've got a lot of great players over there for sure, but it was something different.”

also reported to his new team Monday, but the Angels' new $245 million third baseman was more circumspect in his thoughts on the Astros, his hometown team.

“Everyone is quick to hammer them down and just kill them,” Rendon said. “But at the end of the day, we’ve got to look at ourselves in the mirror, and we’re not perfect people. Whether it’s a speeding ticket or whatever it might be, some of us are trying to get an edge some way or another in life. They happened to get caught for doing it. You can forgive them, but doesn’t mean you have to forget.”

Rendon has spent his career in the National League. His Washington Nationals beat Houston in a seven-game World Series last year.

“Even when I watched their games over the previous years, it was suspicious,” Rendon said. “It looked weird. They were (sitting) on balls that were very tough pitches, and just the way that they were playing the game. They're all talented players. I love those guys over there, especially what they've done in my city of Houston to help us out. But it definitely raises a lot of question marks, watching those games.”

From what I recall, Trout is a pretty quiet and polite young gentleman who does not typically mouth off, giving his every opinion from A-Zed. So for him to speak out like this does indeed carry some extra weight.
Expand signature
Darts: "Wouldn't bother me one bit if they cancel the NBA. Too few players look like me. "

I think the opposing teams should start banging trash cans while the Astros are at bat, just to confuse them. Since chin music won't be tolerated.
Expand signature

I'm also thinking that Astro batters will not want their pitchers coming anywhere close to the opposing batters, let alone hit them. That will lead to retribution +++. They can just say it was payback for that game and nobody could prove anything otherwise, no matter how hard they get hit.;
Expand signature
Darts: "Wouldn't bother me one bit if they cancel the NBA. Too few players look like me. "
W

Did they do it all year or just playoffs? Interesting to see if their averages drop significantly. Altuve may get spiked a lot at second also turning dps.
Expand signature
Solo sex act specialist! :hippie:

wazup said:
Did they do it all year or just playoffs? Interesting to see if their averages drop significantly. Altuve may get spiked a lot at second also turning dps.
Click to expand...

They did it all season. If you can find that stats they very telling.
Expand signature